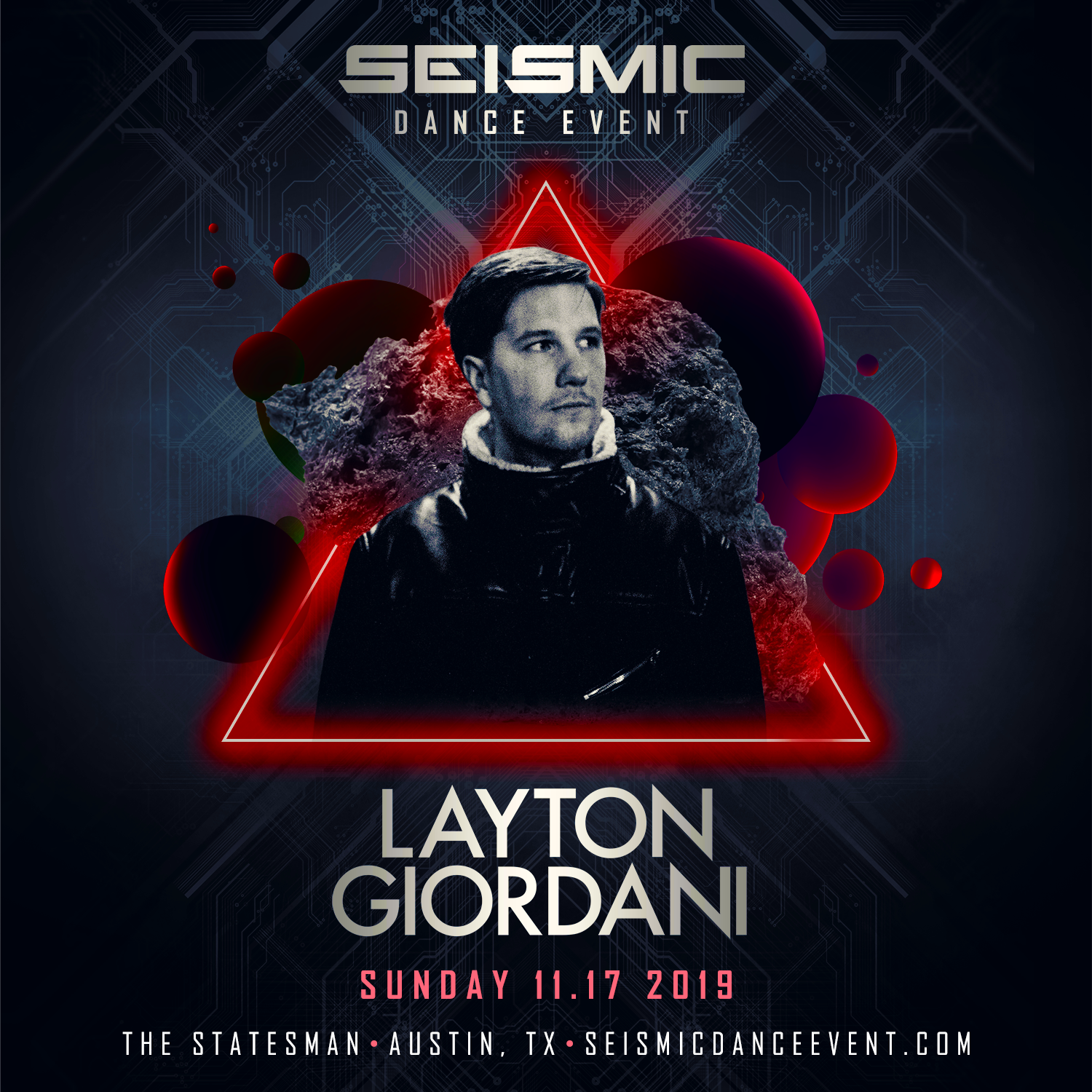 One of the most exciting leaders of techno’s new school, Layton Giordani has genuinely displayed his character and blazed a path impossible to ignore. Layton sweeps the ears of listeners from his significant DJ sets & catalog of productions.
One of the most exciting leaders of techno’s new school, Layton Giordani is blazing
a path impossible to ignore. In the last two years, the New York born, Amsterdam based artist has achieved more than many do in a lifetime, yet at just 26 years of age, he’s barely skimmed the surface on the possibilities that lie ahead.
An album on Adam Beyer’s iconic Drumcode imprint in early 2017 was the first
seismic indication of his capability, with the 12-track ‘Where It Begins’ received with
critical acclaim. Not only had the young artist achieved a rare feat of releasing an LP
on the storied label (only 10 albums have been released in Drumcode’s 22-year
history), but he’d done it with just two releases previously on Beyer’s imprints; an EP
titled ‘Unspoken’ on Truesoul followed shortly by ‘Rivington’, his contribution to
Drumcode’s popular A-Sides series. Adam Beyer, well known for his perfectionist
streak to place so much trust in a fledgling producer speaks volumes about
Giordani’s talent and the quality of his music. How far Layton’s come is magnified when you consider it wasn’t so long ago he found himself at Pacha NYC as a 19-year-old witnessing the legendary Danny Tenaglia play. It was this formative experience that crystalized his desire to DJ, before he’d make his mark in the ensuring years as a resident at Output nightclub. These nascent experiences take on greater meaning when you consider Giordani would collaborate with Tenaglia just a matter of months after his album release, dropping the standout ‘Live Again’ before 2017 would dawn. The cut is considered by many as a modern day Drumcode classic. The highlights haven’t stopped in 2018. A three-way collaboration with Beyer and Chicago legend Green Velvet titled ‘Space Date’ marked the summer. Likewise, he was in hot demand for his DJing skills, playing the main stage of Drumcode Festival, Gashouder for Awakenings x Adam Beyer presents Drumcode, Melt! Festival, Warehouse Project, Motion Bristol, Resistance Ibiza and Drumcode Halloween at Tobacco Dock, among others. He’ll round out 2018 with the release of ‘Phase II’, a stellar solo EP on Drumcode, featuring tracks that have soundtracked the year, from Berghain to Amsterdam’s thunderous rave dome, the Gashouder.