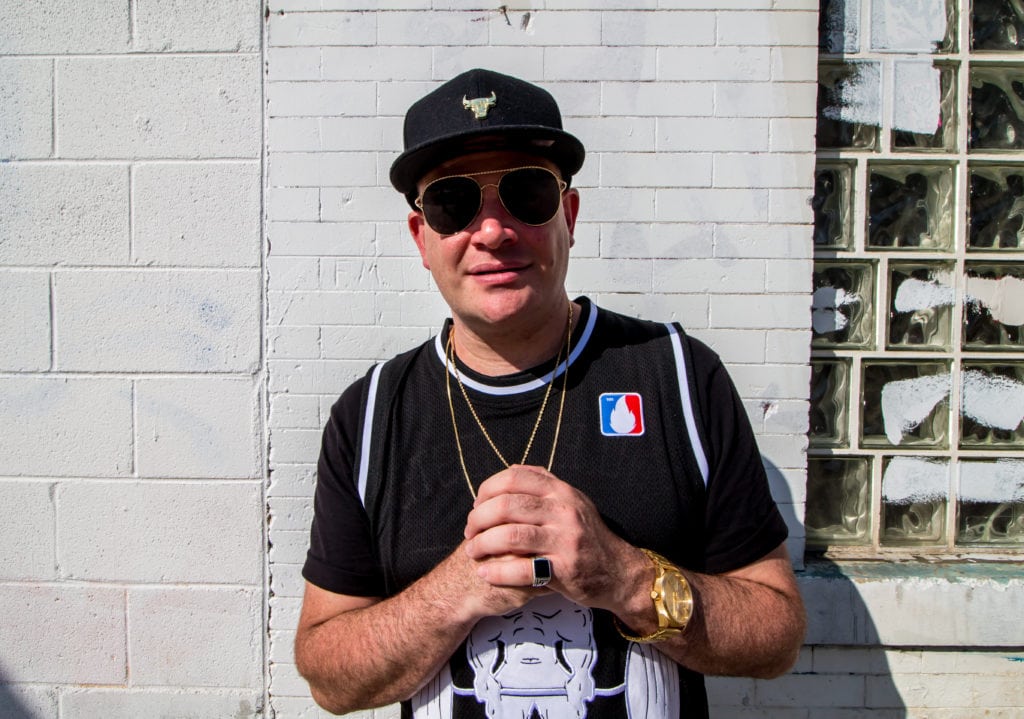 Enter the HotBOi: option4 on creating music with a personality

If there is one thing you need to know about the original HotBOi, it’s that he is taking the house music scene by storm. Fresh off of an epic first half of 2018 playing around the country (including a B2B tour with Dirtybird favorite Worthy), the founder of HotBOi Records knows how to throw down. From a jam packed festival stage to the most intimate night clubs, option4 lets loose with a passion and fervor for the music that makes your feet work.

Embracing the mantra “More House than Tech. More Deep than Disco,” the Denver native has plenty of work showcasing his dedication to the cause. The deep groove inherent in the option4 project is obvious in tracks like ‘To Be Your Baby’ featuring Kid Astronaut and ‘Back2Business,’ his banging single released on Treasure Fingers’ Psycho Disco! label. But perhaps the most impressive and in-your-face display of the HotBOi prowess lies in ‘Lifeline.’ Deep and haunting, minimal and progressive, this tune makes it impossible to deny the individuality that option4 brings to his artistic creations.

After a long year touring and playing music out to fans across the U.S. the head BOi is hitting the studio game hard. There are even rumors of a full length option4 studio album in the works. And although he’s committed to locking himself away, we managed to pull him out of hibernation to bring the hottest of the hot to Seismic! If you’re into groove, rhythm and all together badassery in your house music, you won’t want to miss this set. And if this article hasn’t convinced you yet, perhaps a music video and a short interview with the head HotBOi himself can help!

RealMusic Events: HotBOi Records is an incredibly unique name, but that isn’t all. It feels personal, passionate and so real. Where did the idea for HotBOi originate and what makes the brand feel like is owned by my cool ass neighbor who I go out to drink a beer with after work?

option4: Well I came up with the idea of starting a label because I had so many people submit music to me on this viral online video thing I did a little over a year ago. There’s such a need for properly curated labels nowadays because of the death of soundcloud basically. It’s been a very organic following we’ve built so far. It’s all just been friends and family that have been propelling the labels hype. Been amazing to watch it grow so fast 🙂 The real question is are we going to have a beer after work or nah?

RME: One of the signatures of an option4 track for me is the way you can meld a dark, moody energy with a continuous progressive groove so naturally. While these two might seem slightly at odds to some, it keeps me listening to an option4 track until the last note every time. Where do you find your unique sound and energy and do you have any overall approach towards creating music (or any art) that helps with developing those elements integral to your productions?

o4: Oh man that’s nice of you to say. Ummm yeah I go into the writing process differently as of late. I’ve really enjoyed making music again the past year or two and a lot of it as been because of the process. I’m writing music for a purpose now not just messing around til I find a cool bassline or something. It’s a more theatrical process now. Like I write the entire song concept in my head before I even play a single note in the studio. It’s more/less allowed me to sit down and stay on track production wise when I come up with a concept that I want to achieve with the individual track if that makes any sense. Like.. for example.. when I wrote lifeline the song was about suicide and what helped me through that time as a kid.. thus all the lyrics.. because that’s what really helped me out during those moments.. so when I sat down to produce the track I had already written the lyrics and captured the vibe of the tune in my head before I even turned on the computer. That allowed me to focus on a complete story once I started actually producing.

RME: My sources say you’ve been in the studio quite a bit recently. Now that you’re more in production mode instead of touring and travel mode, what do you enjoy about being less on the road? Is there anything you miss? Working on anything special for Seismic?

o4: Well I DO miss all my friends here in Denver. I throw a lot of parties here so it’s weird sometimes when I’m on the road and think about what fun I’m missing out on back home haha. So it’s nice to stay put for a little while. The biggest issue is because of my other full time jobs I can’t travel AND make music because I don’t have the time. It’s one or the other. I’m basically turning into one of those artists that tours half the year and records the other half and I’m TOTALLY cool w that. I guess I’m an indi band or something hahaha..  During the next few months though we’ve turned down a lot of shows unless they were too cool/important to miss.. and Seismic is definitely one of those. I remember throwing my first festival and the blood sweat tears that went into it. It’s something I wouldn’t wish upon my worst enemy. That being said that type of energy gets put into something like this, it’s gonna end up being VERY special. I’m SO excited to be a part of it. Not to mention it’s one of the most flame lineups for an independant festival that I’ve personally ever seen. Love the bill from top to bottom. In TAY HAWWSSS nonetheless. We gonna RAGE <3

More from the underground

A Seismic shift to the fall

As of last week, we were still on as planned. As of this week, we’re digesting all the developing information, guidelines, and assessing next steps.